What We Learned from Recruitment in 2018

Yes, it’s that time of year again – time for panic shopping, last-minute deals, and sitting down with the family to overeat for a couple of days. But as 2018 draws to a close, we’ve got more than festive thoughts and dreams of Santa on our minds. That’s right, as you may have guessed from the title, we’re sipping hot cocoa here in the office and reminiscing over the things we learned in the year that was 2018 and here’s what we came up with.

Did you know that highly inclusive workplaces generate 2.3x more cash flow per employee? Or that they generate 1.4x more revenue and are 120% more capable of hitting their financial goals? Neither did we until 2018 rolled around and proved that diversity really does work. Although, if we’re completely honest we had an inkling that diversity in the workplace was kind of a big deal.

2018 saw recruiters and hiring managers pay attention to diversity by trying not to focus too much on it. Eliminating unconscious bias from the interview was a key factor in promoting an inclusive and diverse working culture, and so far as we can see, it has been a resounding success, and the trend will likely continue throughout the coming year.

The gender pay gap came into the open

Despite how much the workplace has improved for women in recent years, the gender pay gap still exists. But this year saw the issue come to the fore with both Germany and the UK passing laws that required employers to make their salary records public. Although these moves were first initiated in 2017, the results only became apparent in the last year.

As we said, the pay gap still exists and is shockingly wide in some companies but with the disparity now out in the open; many employers have taken it upon themselves to take steps to tackle the issue. Female candidates are now looking for assurances that they will indeed be on an equal footing with their new male colleagues especially when it comes to salary.

Interestingly, a report by the World Bank found that equal pay and hours could see a global wealth jump of $23,620 a person which would have an obvious knock-on effect for the global economy. This report, of course, led to further discussion on salary transparency, and as a result, we could finally start to see some positive moves in the right direction as we head into 2019.

Despite our prediction that Facebook would shake things up in the recruitment industry, it didn’t quite pan out as many expected. Yes, Facebook dipped their toes in the market but very little came of it.

However, despite Facebook’s somewhat muted grand entrance to the industry, social recruitment has skyrocketed in the last twelve months with 94% of recruiters using social media channels to find the right candidate. And with 75% of potential hires not actively searching for work (more on that later) recruiters are using their social networks to reach them.

Social media is also proving to be an excellent tool in the search for high-quality referrals. As you may know, the ROI on employee referrals is quite significant and so employers are investing more of their time and money into creating the very best referral programs. And yes, you guessed it, this year saw employees turn to their social media platform of choice in their hunt for a suitable candidate.

Passive candidates are everything

You may recall our post on making your company attractive to passive candidates, or perhaps you remember the one about the key components of a passive recruitment funnel. And then there was that time we talked about why passive candidates are such a big deal. We think you see where we’re going with this; we have a bit of a thing for passive candidates, and if the stats are anything to go by, we’re not the only ones.

With 85% of the world’s working professionals open to new opportunities, recruiters around the world finally sat up and took notice of this incredible wealth of talent. And with 52% of employers stating that passive recruitment in 2017 was less effective, we saw a great deal of effort put into upping the passive attraction game through employer branding and stellar work cultures.

According to a study released by Zug in May of this year, 70% of professionals work remotely on at least one day of the week. Now, just let that sink in. 70% of working professionals have the option of working from home. That’s a staggering statistic and not to brag (who are we kidding, we love to brag) but back in January, we predicted that remote work would be one of the best benefits you can offer. Nice to know we get it right now and then!

With remote work continuing to rise in popularity, the ability to work from outside the office for at least a portion of the week is now seen as a compulsory benefit. In fact, if you’re not offering this benefit, your company is in the dwindling minority.

AI continued its role as the loyal sidekick

Batman has Robin, Agent Scully has Mulder, and a recruiter has Artificial Intelligence in the form of some pretty slick software and tools. Throughout 2018 AI continued in its quiet yet incredibly effective role as the humble sidekick to the busy recruiter.

With AI providing a measurable improvement in everything from the quality of hires to cost per hire, it’s little wonder that the industry has embraced the technology en masse. There are currently hundreds of tools on the market that utilise AI to improve a recruitment team’s performance and results so we won’t get too bogged down in listing the best or how many recruiters make use of them. Suffice to say, in 2018 we learned that the once tech-shy recruiter has become the quintessential recruitment geek. And we mean that in the most positive way possible.

What other companies have learned

Lisa and her team from Barclay Jones have answered this question for us:

"The lesson that I have learned in 2018? That recruitment marketers are still needing help to generate the 4Cs - and not simply clicks and coloured-in content. It is so crucial that 2019 is a year about candidates, clients, colleagues and cash and recruitment marketers need to be given the systems and develop the processes for adding real and sustainable value." (Lisa Jones, Founder, Barclay Jones)

"That good data is worth lots of money. The recruiters that have invested in updating and cleaning their data and then maintaining it are seeing the real benefits of improved Business Development, a strong service to candidates and client through marketing efforts, and sourcing, as well as happy consultants who can bill more money!"

"Creating a CRMFirst culture in your business is paramount to making more CASH and placing jobs more quickly. Recruitment leaders need to remember that to get the more out of their CRM they need to invest in training for it. You wouldn't let your recruiters drive a Ferrari without knowing how to drive it!"

Building successful recruitment teams enables stability and growth opportunities for recruitment business owners. The built-up knowledge of a recruiting team, all pulling in the same direction, is a powerful influence on a business. In recruitment this means building knowledgeable effective sales teams, working together in specialist markets.  Training is more key than it has ever been.

There’s no doubt that 2018 was a fantastic year for everyone associated with recruitment. From tackling the gender pay gap to creating a wonderfully diverse workforce, employers and hiring managers have made very positive moves that suggest that they are starting to take every aspect of their responsibilities extremely seriously. And with their AI-powered sidekicks backing them up, recruiters have been able to work faster without lowering their standards. Can we expect more from 2019? We certainly hope so.

Are you looking for a sidekick who’ll have your back when it comes to candidate sourcing? Do you need a daring team member who can help you tackle your workforce diversity issues? Are you more interested in a helping hand with a human touch? Then you know what to do; book a free demo today with one of our super sourcing consultants, and we’ll help you make 2019 your best year yet.

Why is Talent Mapping So Important?

END_OF_DOCUMENT_TOKEN_TO_BE_REPLACED 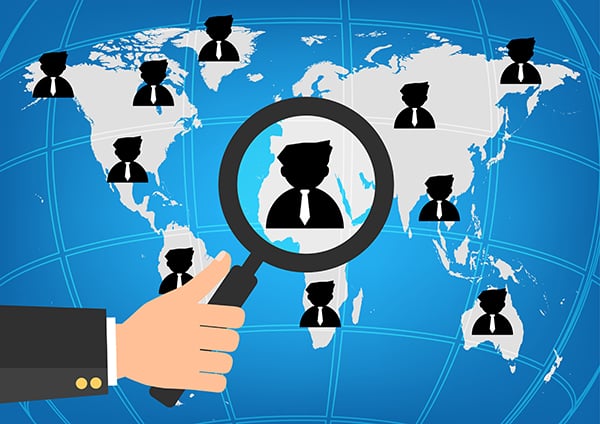 5 Reasons to Use Talent Mapping in Your Business Growth Strategy

END_OF_DOCUMENT_TOKEN_TO_BE_REPLACED

Outbound Sourcing: What Is It and Why Is It so Important?