How a non-inclusive workplace can damage your brand

Course lecturers for years to come will no doubt point to the bro-culture led environment that former Uber employee Susan Fowler exposed earlier this year as the perfect example of a non-inclusive workplace. A place where women have little or no respect from their peers and those in the minority are either ignored or looked down upon.

They will explain to their students that environments like Uber’s are not conducive to a diverse work culture and that such places can only lead to employee unhappiness which we all know has a detrimental effect on productivity. But they will also explain a simple fact that some of today’s companies have yet to grasp; A non-inclusive workplace can seriously damage your brand.

We all know the power of social media and the tendency for a negative experience shared online to go viral within minutes. And if the company is providing a product or service marketed to consumers, then that viral negativity can have serious implications for their bottom line.

So why is it that some of today’s startups are missing this?

Before we go any further, let’s take a closer look at what this bro-culture is.

Many of today’s CEOs are young men that had a brilliant idea and ran with it. They took risks, left jobs, or perhaps even dropped out of school to follow their dreams, and their apparent ‘devil may care’ attitude paid off in a big way.

Sounds pretty much like a dream come true, right? Well, in truth it is, but unfortunately, this often means that the young CEO has spent very little time in a diverse workplace and unknown to him, he may be creating a non-inclusive environment by simply surrounding himself with his friends.

Often within this culture, a daring attitude or a willingness to take action regardless of any perceived drawbacks is rewarded. And those who are the most adept at socializing with their colleagues (particularly their superiors) and appear the most confident are the ones that share the spoils at the boardroom table.

Why is it considered a bad thing?

These CEOs are simply rewarding those that do the work, so what’s the problem?

When a relaxed culture at the office means after work drinks or meetings at the local bar, there will inevitably be those that will be left behind. Single females may not wish to spend their evening drinking with a group of male colleagues while those that don’t drink or have commitments outside of work will also feel excluded.

You can see where we’re going with this, right?

When the CEO is on first name terms with all the guys that stay on after work to hit the pool table or those that enjoy to laugh and joke around the office, the quieter employee’s work may go unnoticed. As a result, the underappreciated employee may feel sad, depressed, and perhaps even resentful of their colleagues’ success.

But it’s more than just an unhealthy environment

While the most obvious negative aspect of the bro-culture we heard about at Uber is, of course, the demeaning treatment of an employee, there are other aspects that can have a real, long-lasting effect on the company’s public image and the one it presents to potential candidates.

Companies with such cultures rarely have a positive diversity strategy in place when it comes to hiring. They will often stick to hiring those that fit into their perceived relaxed culture. In other words, a young male that enjoys a joke and a drink and who most likely has a do or die attitude to work.

This means that they will almost certainly (albeit inadvertently) miss out on many of the dazzling prospects out there in the talent pool simply because of their gender or quite possibly their ethnicity.

And even when these companies realize the error of their ways and look to recruit a more diverse workforce, there’s a possibility that the damage is already done. There are methods they can utilize to attract women in particular to their company, but female candidates will often avoid such potential employers deciding that they simply don’t want to take a chance.

Their public image will also undoubtedly take a bashing as these things have a tendency (thankfully) of coming out into the open, which will, in turn, harm the brand’s profitability. Would you choose a product or service from a company that has a track record of treating employees unfairly based on gender or ethnicity?

Isn’t this just an Uber issue?

We would love to say Uber’s was an isolated case but unfortunately, there have been more reports of such cultures in fledgling companies. Now, this is not to say that all startups are creating non-inclusive working environments, quite the opposite in fact.

There are many employers in Silicon Valley that are taking the Uber revelations very seriously and are at great pains to emphasize that their company does not buy into such a culture. However, there are a few that haven’t really grasped the idea that diversity is good and bro-culture probably isn’t the way to go.

Take Zenefits for example. The human-resources startup which at its peak was worth $4.5 billion but then crashed due to reports of less than honest business practices and a ridiculously relaxed culture that reportedly included sex in stairwells. The company has since parted ways with their founder and CEO and fired half or their staff in the hopes of clearing up its image and getting back on track.

But as we mentioned earlier, the damage has already been done, and while the company is making quiet and steady headway in once again becoming a profitable entity, they are struggling to bring in the brightest female minds simply because of their track record.

The positive effects of bro-culture

There’s no real need to explain how such a negative culture can have a detrimental effect on a company’s bottom line and their image in general. But what many don’t realize is that the goings on at Uber and Zenefits are having a more positive knock-on effect with regards to workplace culture, or to be more precise, recruiting for workplace culture.

Uber and Zenefits’ metamorphosis from up and coming startups to public enemies has made the world sit up and take note. Investors that were blissfully unaware of such goings-on may now put pressure on companies to ensure that they have a diverse working culture that puts women and men on an equal footing.

The knock-on effect is that employers and recruiters must work twice as hard to ensure that any potential candidates understand that they have a positive and inclusive work culture. Thanks to Uber, companies (and startups in particular) now recognize that they must embrace diversity and so they align their recruitment strategy in order to do so.

The action that Susan Fowler took to let the world know of her experiences at Uber highlighted an underlying issue that many of us were simply unaware of and her revelations are the catalyst that will thankfully end this negative aspect of company work culture once and for all.

So rather than decry the world we live in, recruiters and employers can take this opportunity to reaffirm their stance with regards to a diverse hiring strategy. In essence, we could see some rather positive effects from the ousting of this culture from the workplace.

Thinking about diversity in your workforce? Or are you simply looking to avoid hiring the wrong candidates in your next recruitment drive? Get in touch today, and one of our sourcing consultants can help you find the right people for your talent pipeline.

END_OF_DOCUMENT_TOKEN_TO_BE_REPLACED 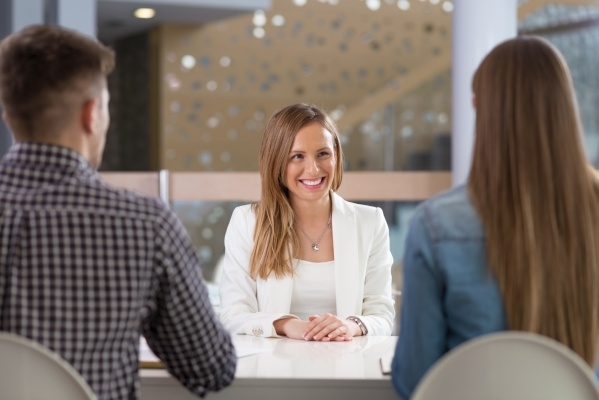